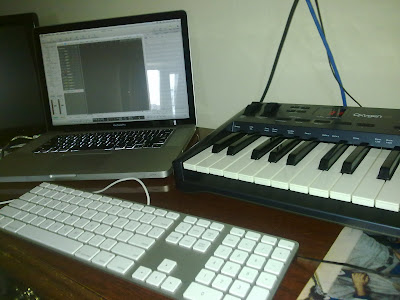 Well it has been a strange week. A few ups and downs. No good reason apart from the obvious stresses relating to being in a new place.
We have moved into our dorm room and all is good. We have been placed amongst the students on the boys level of the building…..directly opposite the bathroom and showers. It gets a little noisy and gross sometimes but generally it’s fine.
As this photo suggests, I am all set up. Just ironing out a few bugs in the system and I should be all good to go.

Inspiration hasn’t struck yet, but I don’t intend on forcing that issue. Actually I have decided I will begin by producing crap. Lots of it, until I start to form an idea of which direction to go. 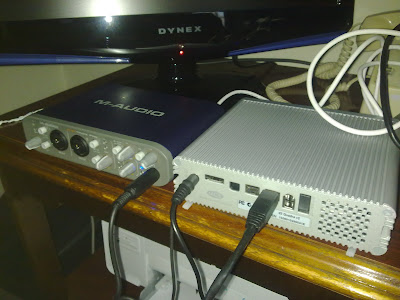 While these pics don’t look very glamorous, I’m generally happy with how the studio is functioning. The new version of Logic Pro is very good. Only a few small changes, but they are good ones.

In this pic you can see my new audio interface. It should work fine. I tried running the usb cable through a hub and got distortion……a little scare given that I am now on the opposite side of Earth and could not get the interface repaired if it was faulty. Luckily I picked up what was wrong quickly. 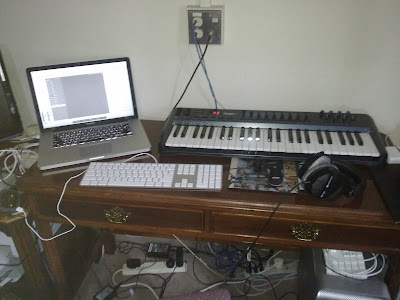 Now that I have the computer running nicely and all my files are onboard, I will start adding more media to these posts.